When Mike Scarlatelli opened The Smiling Moose on Pittsburgh’s South Side in 2003, the goals were simple.

The man known as Scarfo to his friends wanted to create a haven for loud, live music with a bit of hockey culture thrown in - a place that embodied the gritty spirit of Pittsburgh. Those first few years, he recalls, were “wild.” 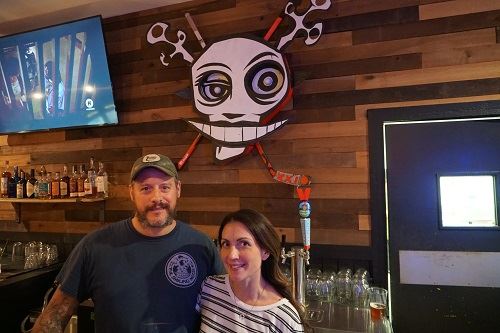 Now in his 40s, married, and with three young daughters, the goals were a bit different as he opened The Smiling Moose 2 on Rowan Road. The focus shifted to carefully crafted beers, unique food options and a family friendly atmosphere.

“I never thought I’d have a kid’s menu, but here we are,” he joked.

That menu happens to feature dishes named after his daughters. They, along with his wife and partner Beth Ann, were the catalyst for the new location. After moving to the area, they found themselves searching for locally owned dinner spots for all ages.

Scarlatelli kept noticing the Rowan Road location on his trips to and from hockey practice for both he and his kids, and decided it was the perfect place for such a restaurant. Since opening in August, the Scarlatellis are often found at the location, making it a family affair.

But that doesn’t mean Scarlatelli, a drummer, semi-pro hockey player, promoter and overall jack-of-all-trades has forgotten his roots.

Scarlatelli relies on the do-it-yourself, punk-rock ethos in all aspects of the business. On his off days, he can be found brewing and kegging his latest creations at the original South Side location. His array of ales is the product of a newfound love for brewing, as well as some insight from some of the best brewers in the region.

Otherwise, he can be found in The Smiling Moose 2 kitchen creating favorites like delicious mac and cheese, sliders, tacos, burgers, and other home-made favorites. 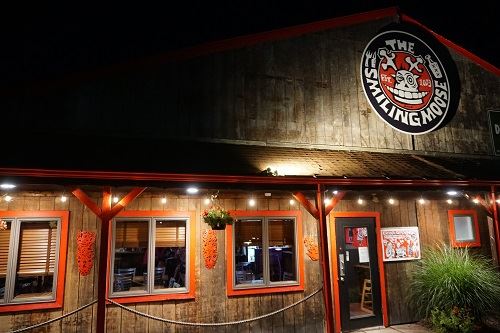 The uniquely decorated restaurant features the art of Rick Bach. Bach created the original logo for The Smiling Moose, and at Scarlatelli’s request expanded the “Smiling Moose universe” to feature a slew of new characters.

Nearly two decades into their professional and personal relationship, Scarlatelli learned that Bach grew up a short way from the Rowan Road location on Marshall Road. It’s one of several sure signs The Smiling Moose 2 and Scarlatelli family are exactly where they should be.