They can’t be missed from Interstate 79: five large banners commemorating the Pittsburgh Penguins’ Stanley Cup championships hanging on the side of the UPMC Lemieux Sports Complex. 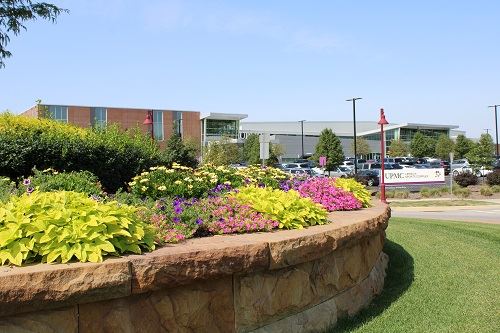 Of those five, two have come in the past five years – the same length of time the team has called Lemieux Sports Complex home.

But it’s the impact the public perhaps doesn’t see that have made the complex such a success. The facility is making champions every day with UPMC’s first class medical care, diversity and inclusion programs, along with competitive youth hockey teams.

“Having a world-class practice facility has been instrumental to the success of all of our teams, both the NHL team and our youth programs,” said Rich Hixon, Vice President of Facilities for the Penguins.

Those youth achievements include the Pittsburgh Penguins Elite program, which was earned three Tier I National Championships – two boys and one girls.

“Much of this can be attributed to the world-class facility and staff of professionals at the facility,” Hixon said.

That facility has also been an economic driver, attracting people to the region at an almost unfathomable rate.

Hixon said the Complex brings in more than 700,000 visitors each year, and over the past three years that tourism segment has garnered more than $200 million to the local economy via hotel stays, food, beverage and retail purchases.

“When you include local and state taxes, the impact since 2017 is more than $400 million,” Hixon said.

The facility continues to reinvent itself by hosting the Women’s National Team exhibition game, USHL Fall Classic, and National Women’s Hockey League All-Star Weekend which highlighted the best female players in the world. The Complex is scheduled to play host to USA Hockey’s Disabled Festival in 2021.

“The Pittsburgh Penguins are developing a plan to focus on anti-racism and diversity in youth hockey,” Hixon said, adding plans include several programs dedicated to providing access, equipment, mentorship, and inclusion for all in youth hockey. Plans are forthcoming.

Despite the focus on the ice, the Complex isn’t limited to just hockey. Hixon said it hosts many community programs, including public skates, birthday parties and corporate events. That’s not to mention the attached UPMC medical unit, which features a comprehensive sports medicine facility focused on orthopedic care, primary care, physical therapy, concussion and imaging for the general public.

Recently, UPMC made a $3.7 million investment, opening the UPMC Children’s Express Care Center, as well as an extension of UPMC Magee-Women’s Specialty Services. It’s all part of growth that Hixon sees continuing in the future, which will be aided by the construction of the MSA Thruway connecting Interstate 79 to the Cranberry Springs area.

While future development will ramp up around the facility as the MSA Thruway nears completion, Hixon said the UPMC Lemieux Sports Complex will also continue to develop.

“Our area of emphasis in the future will be on research, specifically how we can improve athletic performance and enhance player safety,” he said.

It’s all part of the plan to assemble a high caliber complex that serves the Cranberry community and beyond, while continuing to develop champions every day of the year.