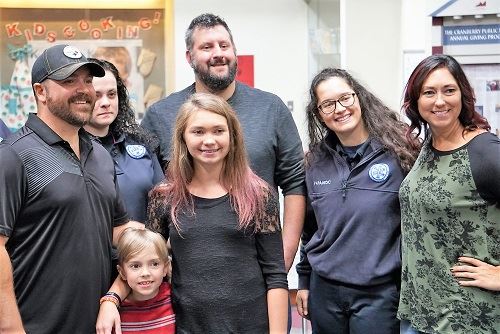 Their stories are different: a dek hockey player working on a hat trick; a delivery driver loading items as he kicked off a day’s work; a husband stacking mulch into the bed of his truck.

The three men, though, possess a shared experience in 2019: they each suffered sudden cardiac arrest.

Through the quick work of Township police and EMS teams, as well as those around them, the trio survived.

Those responders, as well as the survivors themselves, were honored in November during the Save-A-Life Saturday event, held annually in the Township’s Municipal Center.

According to Ted Fessides, Chief and Executive Director of Cranberry Township EMS, the organization began holding the event in 2012 to train residents on compression-only CPR. Through that training, they are taught to identify someone experiencing cardiac arrest and how to help until authorities arrive. That act can improve a person’s survival rate from 11 to 50 percent.

For the three survivors, what began as normal activities quickly turned into panic.

Richard Ross can attest. He had scored a few goals for his dek hockey team before skating to the bench. There, he collapsed, and emergency crews were called.

Before they could arrive, Bryan Conforto stepped in. Having given up goals to Ross earlier that night as the opposing team’s goalie, he put jersey color aside and began CPR.

Ross has made a full recovery and has even returned to the rink. His team’s name carries a subtle nod to his experience: Creeping Death.

The pair were given a special gift from the UPMC Lemieux Sports Complex for their sportsmanship and life-altering bond.

For Richard Holzer, catching up on yard work on a hot July day had him feeling dizzy.

That dizziness worsened, and he collapsed to the ground while loading mulch at a Township store. Nearby, an off-duty Josh Rader, who serves as a firefighter for the Harmony Volunteer Fire Department, rushed to his aid. Holzer’s wife, Debra, helped perform CPR until EMS arrived.

The couple have been married for 45 years and have “a great life together,” Holzer noted as he quietly thanked those who helped him.

Meanwhile, it was a case of “right place, right time” for Gary Lucente.

He, too, felt dizzy as he loaded his work truck for a day of deliveries. He attempted to lower himself to the ground gently but collapsed. His co-workers called for help, but a nurse who happened to be nearby came to his aid and started CPR.

The 70-year-old Lucente was emotional in thanking those who helped him. It was an emotional day for his family as well, including daughter, Elissa Mimran, and grandson, Vincent. Mimran said she’s thankful he’s around to spend time with his grandchildren.

Vincent agreed. “Thank you everyone for saving my pappy,” he said. 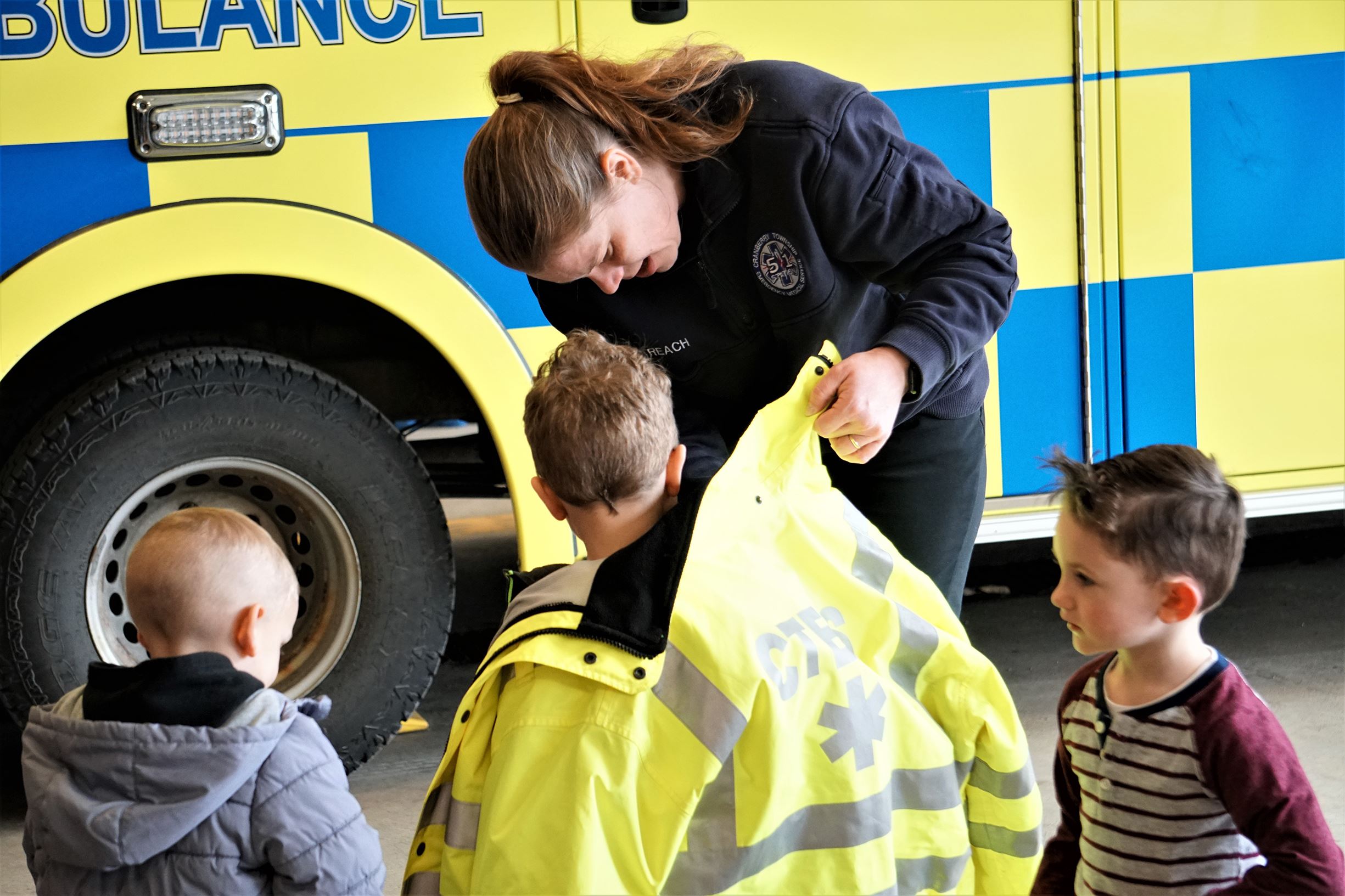 Connecting to the Community: New EMS position aims to educate and promote safety

As a new mother in 2003, Mandy Cousins had a hard time finding someone to educate her about car seat safety.

After finally finding a class and becoming a technician, she soon found herself serving as an instructor, helping other parents keep their children safe.

That background coupled with more than 20 years as a trained EMT and CPR instructor helps Cousins in her new day job as Community Outreach Coordinator for Cranberry Township EMS. Her goal is to connect the community to the department in situations other than emergencies.

Those connections are formed through programs like car seat checks, which are held from 10 AM - 2 PM every Tuesday and Thursday at the Route 19 station by appointment. In 2019, more than 300 checks were performed, with a goal of hitting 400 in 2020.

“It’s the easiest way we can improve the safety of children,” Cousins said, adding motor vehicle accidents are the top cause of injuries for kids.

The half-hour checks cover how to install seats correctly, and how to use the various parts. Each check is a “mini car seat class,” Cousins said.

Cousins also leads the Safe Landings Program, with offers parents of infants CPR and first-aid training at their home. A safety inspection and car seat training are also conducted for up to 10 people during those visits.

Other programs include community CPR and first-aid training held every other month, as well as additional safety outreach courses.

Cousins and the EMS team frequently lead tours of the station for school field trips and scout visits. They also go into the community and visit churches, businesses and civic organizations to educate and explain the importance of EMS to the Cranberry community.

“Getting people familiar with how an ambulance works takes some of that terror away from the situation,” Cousins said.

Schedule a check, or learn more about EMS safety programs