Nishat Kazi recalls many occasions when friends would visit her Pine Township home for dinner.

As she prepared traditional Indian dishes, her daughter would often chime in that the guests likely wouldn’t enjoy what had been prepared.

Kazi, though, said as soon as they took a bite, they were hooked. 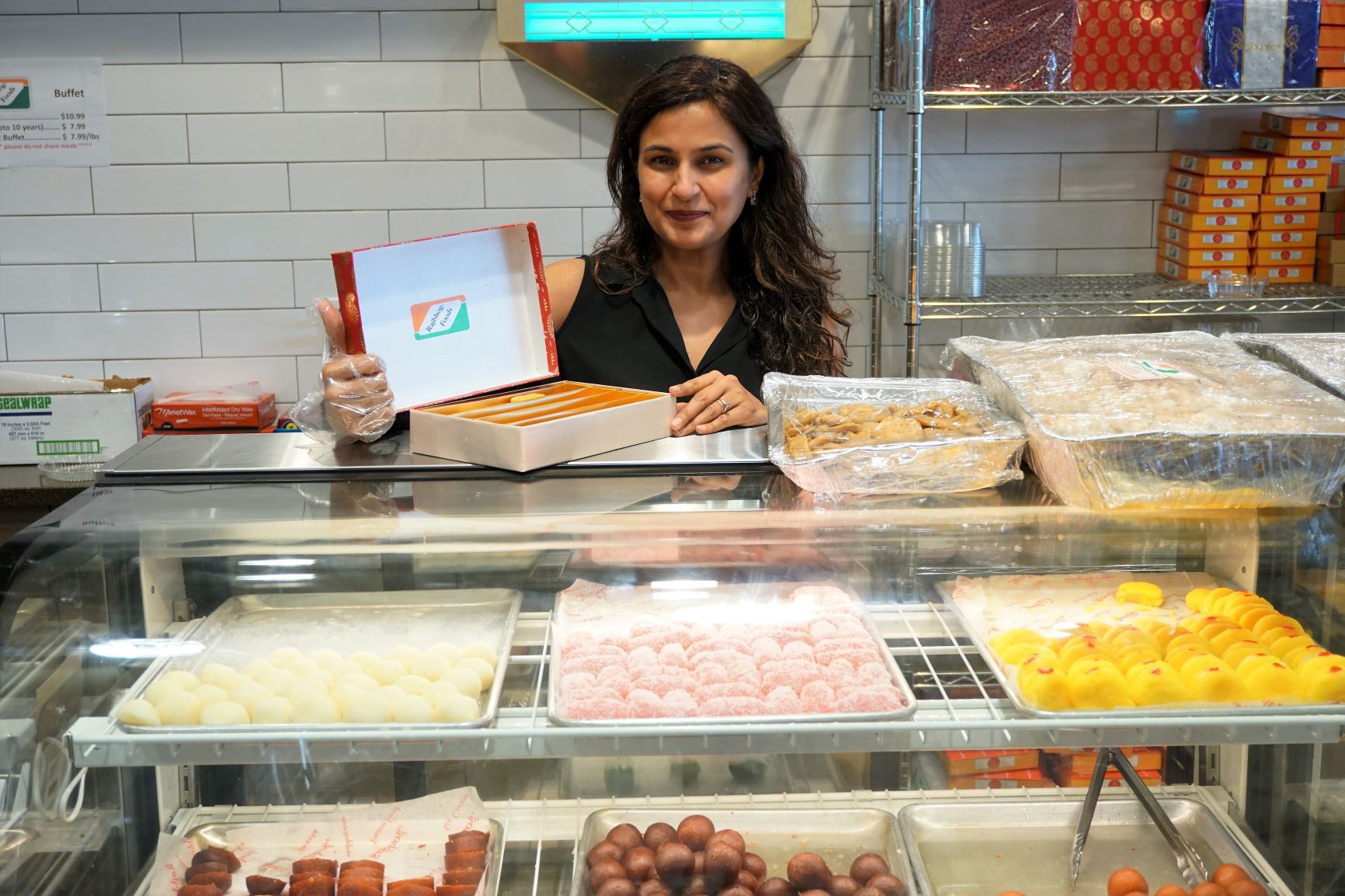 “It’s all about introducing new things and making people comfortable with them,” Kazi said.

That, too, is the concept behind the Rajbhog Indian Market and Café, which opened in the Cranberry Mall in the fall. It’s a joint venture for Kazi and Krishna Rahod of Cranberry, along with Anwar Syed of New York and Nidhi Chaudhari of Portland, Ore. It’s the largest such store in the chain, and the furthest west, Kazi said.

It’s a change of pace for Kazi, who moved to the area 22 years ago from Atlanta to take a job as an occupational therapist at Children’s Hospital. That was followed by stints as an event planner and decorator.

That lead her to working with the Cranberry Area Diversity Network, whom she helped organize a South Asian-themed bridal show in 2016. It introduced her to the diverse and welcoming nature of Cranberry, and she decided a business exposing South Asian foods to the masses could be a fruitful venture.

“There was a need for more diverse business in Cranberry, where people are very welcoming and accepting,” she said.

That’s where Rajbhog came in.

Having been established for 40 years and producing much of the food in the United States, Kazi said the company helps ease fears some may have over trying new cuisine.

“We want to expose our food and our spices and our culture to a wider range of people,” she said. “We felt there was a lack of confidence from the consumer for many Indian food stores.”

Both the group of partners and Rajbhog officials agreed Cranberry was the best location for the initial store, which is equal parts café and market.

In the café, fresh Indian street food is prepared to order with a wide range of vegetarian and vegan friendly wraps and bowls. Foods are made fresh, with meats cooked on a charcoal clay oven.

A separate case holds colorful sweets that Kazi said have become a popular item. She said the store is the only place in the region to get such treats.

“We’ve had many people come and buy them for their cookie tables as a way to add something different,” she said of the Pittsburgh wedding tradition.

The market features everything from prepared frozen items to spices and snacks. It also offers fresh produce items that can’t be easily found elsewhere, including jackfruit and whole turmeric.

Kazi said many customers have found themselves interested by an item in the café, and then turning to store employees for help to make the dish at home. That includes creating the perfect spice blend from the dozens of options.

“If you  can pick up a few things and make it yourself, it makes you feel better,” Kazi said.

In the new year, there are plans to hold cooking classes and create a spice bar to better explain the health benefits of certain ingredients.  The Cranberry store, Kazi said, will serve as the “mothership” as the partners look to open additional stores in the region. Delivery through third-party services is expected to be available in January.