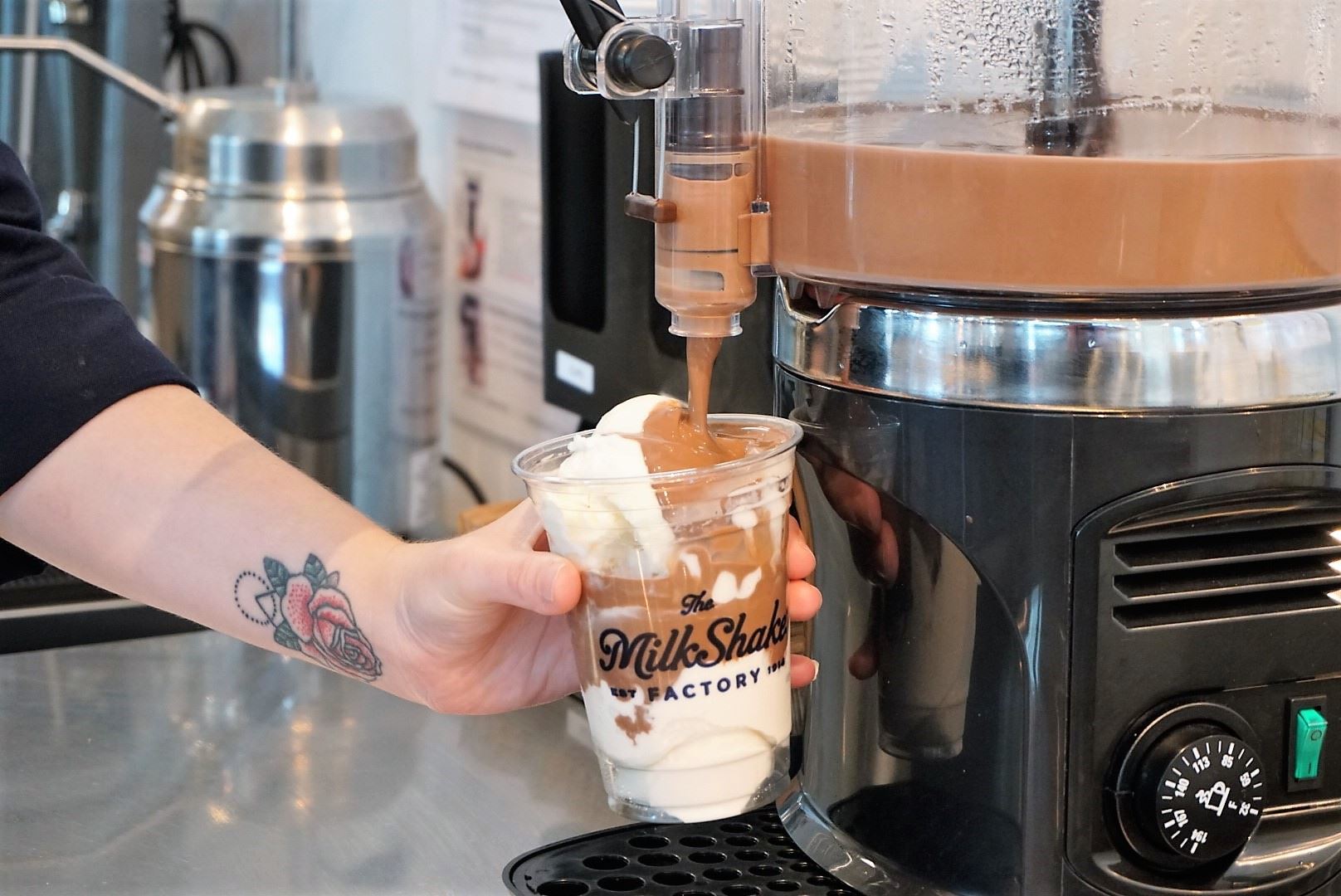 A Sweet Blast from the Past: Milk Shake Factory creating memories

Whether celebrating a big Little League victory, on a first date or just enjoying a night out, Chris Edwards believes milkshakes have the ability to bring people together.

And while each sip is full of sweetness, it’s also full of history and strategic planning.

Creating memories is what The Milk Shake Factory is all about, Edwards said. That’s apparent when looking at the history of the company, which opened its Cranberry Township location in August.

The opening came 105 years after Edwards’ family opened a chocolate shop and soda fountain in the Lawrenceville neighborhood. A South Side location opened in 1978, and the family sold its perfected blend of chocolate, as well as ice cream.

The fourth generation of the family, including Edwards and his siblings Mark and Dana, had been working in Washington, D.C., where they organized logistics for President George W. Bush. However, they felt compelled to get involved with the family business and took to running the South Side shop alongside their mother.

The concept for changing the chocolate shop to The Milk Shake Factory came from one of Dana’s college projects, Edwards said. Eventually, the idea became a hit with college students in the area. The popularity of the family’s chocolate brand, Edward Marc Choclatier, also increased, as did the their line of chocolate novelties, Snappers Crafted Snacks. The latter was picked up and continues to be sold by Costco.

Since then, The Milk Shake Factory has expanded throughout the region, with locations in Downtown Pittsburgh, East Liberty and Oakland as well as PPG Paints Arena.

The Cranberry Township location, along with a new store in McCandless, served as a test for how the business would perform as a destination, as existing stores were in areas with high foot traffic. Almost immediately, the Cranberry store was a success.

“They instantly became the top performing stores in the chain,” Edwards said.

That success is due to a few things that Edwards is quick to point out: quality and nostalgia.

From a quality standpoint, the family and their team invests months into creating new offerings. In partnering with Rivendale Farms, they collaborated to create a new ice cream that serves as the base for the 28 standard menu items. It also helped cut the hand spun process from over 2 minutes to just 30 seconds.

Edwards said his family comes up with ideas, which are then taken to a team of food scientists that perfect it, a process that can take months.

Some of the offerings the company has become known for include bananas foster, fried ice cream, birthday cake and peanut butter brownie. The top seller, however, is Jake’s Shake, named after Pittsburgh Penguin Jake Guentzel.

The Milk Shake Factory also produces seasonal shakes, including peppermint brownie fudge during the winter months, as well as a hot chocolate offering. And, of course, there is the family’s traditional chocolate offerings.

“We use those nostalgic ingredients to put a twist on what people grew up with,” Edwards said.

That nostalgia is something Edwards believes is important to the company’s success.

“It’s more than just coming to get a nice treat,” he said. “When you see families come here now, those kids are creating memories they’ll remember for the rest of their lives.”