For most consumers as well as many small businesses, anything that happens between placing an online order and accepting delivery a day or two later occurs in something of a black box.  Of course there are purchase orders, shipping notices, invoices, accounting entries, payments, and other sorts of documentation involved, most of which take place out of the customer’s sight.  But they’re all important; if they don’t happen correctly, the transaction fails.

TrueCommerce, a company with 150 employees in Cranberry Business Park and a history in the North Hills going back to the 1995 start of Internet commerce, specializes in expediting business data connections between the principals to a transaction.  It also loops in all the others whose work takes place inside that black box.  Today, when essentially all major retailers depend on sophisticated electronic data interchange systems linking their internal departments to suppliers, being able to communicate in a digital format using the EDI technical standard is the price of admission for doing business.

Problem is, for a small startup business aspiring to sell its wares through Walmart, Target, Costco or any of the other big box retailers, that level of sophistication is out of reach.  Most small businesses rely on off-the-shelf software like Quickbooks for their accounting, payment, and other financial functions, and those are not compliant with EDI standards.  That’s where TrueCommerce comes in.  The company has created integrations between about 30 different off-the-shelf business software systems used in the U.S. and abroad with its own network of connections to the retail giants. 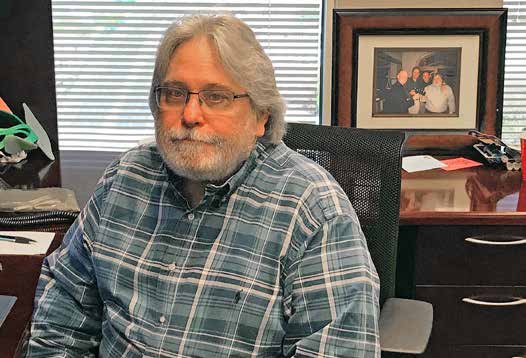 TrueCommerce President Ross Elliott explains it this way: “If you think back to the 1940s or ‘50s, when someone made a phone call, there was this switchboard panel where people plugged you into the person you’re calling,” he said.  “Think of us as the guys with that panel.  We’ve got Home Depot, Sam’s Club, Costco, Walmart, Target and Kohl’s among the 90,000 company connections we’ve already made.  So as a new venture, when you plug into my network, you immediately have access to all those retailers.”

Helping small businesses to play in the same arena as the giants was the foundation of TrueCommerce’s success and still represents a significant portion of its business.  But over the years the company has continued to grow with most of its business now involving web storefronts, drop-ship programs, heavy-duty retail sites like Amazon, eBay, and China’s huge online vendor, Alibaba.  At the same time, the company itself has gone through some major changes.

TrueCommerce today is one of several dozen companies owned by the Menlo Park, California private equity firm Accel KKR, which acquired True Commerce in 2014 and has expanded under the company’s brand name ever since.  “My two partners and I sold our business back in 2004 and splintered for maybe a year and a half,” Elliott explained.  “Then we got together around the holidays in 2005 and said we’d like to get the band back together again.  So we raised some money in early 2006, started a business, and acquired a bunch of companies.  TrueCommerce was one of those.

“We’ve been very fortunate that Cranberry has provided us a rich pool of talent that has helped us grow the business,” Elliott reflected.

“We are really, really focused on providing a global connectivity platform for our customers,” he said.  “We do EDI and we do it really well.  But these days we do a lot of other stuff too.”