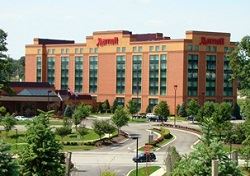 
Unless you’re fluent in Asian languages, you probably wouldn’t recognize that the Korean word for the number four sounds very similar to its word for death. As a result, the use of that digit in Korea, and in much of the rest of Asia, is generally avoided. Apartments, offices, hospitals and hotels typically omit it or re-designate it as a floor number.


With Cranberry’s emergence as a global business destination, those sorts of subtle nuances can occasionally lead to awkward missteps, as they did several years ago at the Marriott hotel in Cranberry. “We had a Korean delegation here meeting with Westinghouse,” hotel General Manager Ron Antonucci recalls. “In trying to keep them together, we put them all on the fourth floor - an issue we didn’t recognize until after the fact. But we’ve grown from it. Now, if a group like that that comes in again, the first question that comes up is: have we learned as much as we can about who they are, what they eat, where they’re coming from, and what their needs are?”

International Hotel of the Year


Evidently, the hotel and its 160 employees learned pretty quickly. The Marriott group, which owns or franchises more than 3,700 properties worldwide, later named its Cranberry operation as Marriott International Hotel of the Year, for being number one in customer satisfaction, two years in a row - an achievement which none of its facilities had never accomplished before.


The Cranberry Marriott’s shift in focus from catering to local corporate clients into serving an increasingly international business clientele, came about fairly abruptly. “When we first opened the building ten years ago, it was much more of a hot dogs, apple pie, Chevrolet-type market,” Antonucci said. “But then you had MSA, you have Westinghouse, you have McKesson. That brought in more German people, more Italian people, more Asian people. And along with that comes a respect and recognition of those cultures. It could be something as simple as their dietary needs or the amenities we send to their rooms. Or it could be cultural associations involving numbers, colors, and so on.” 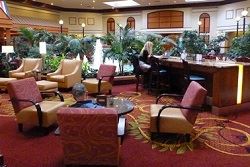 
From the outset, the 295-room hotel - one of 14 full-service Marriotts owned by Winegardner and Hammons - was a bit of a gamble. “Our folks took some risk when we decided to build this hotel,” Antonucci explained, referencing his earlier hotel operating experiences in Pittsburgh and Florida. “There was literally nothing here. My daughter was ten years old at the time.

My family and I were driving down 228, and I said ‘Angela, some friends of Daddy’s are talking about building a hotel here, and we’re thinking about coming back to Pittsburgh.’ And she looked at me and said, ‘Well Daddy, there’s nothing around here. Who’s going to stay there?’”

At the time, her words seemed prophetic; Cranberry Woods was still mostly woods. But the growth which occurred shortly afterward quickly outstripped the Marriott’s capacity for guests, conferences, and social functions, triggering a burst of new hotel construction nearby, including Winegardner and Hammons’ separately managed 125-room Courtyard by Marriott hotel, right next door to the Pittsburgh Marriott North, as the larger hotel that Antonucci manages is officially designated.

“It has grown by leaps and bounds, but it’s grown in the right way,” he reflected. “Back then, there were partners who weren’t really as focused on long-term success. MSA had a lot of temptations to sell off pieces of their campus for strip malls, big box stores, and so on. But that didn’t fit with the company’s vision of creating a world-class business park.

“We’ve got great partners in MSA and Westinghouse and McKesson and Verizon. And we’ve got a local government that understands business and recognizes that quality is at the root of everything. That’s the real story: it was a synergy of everybody working together with the same vision while avoiding short-term temptations. MSA could have fire-sold the business for short-term gain. But they held the course and, fortunately, Cranberry Township was thinking the same way.

“We obviously have a huge investment, and now we’re making another big investment here,” Antonucci said, nodding in the direction of the nearby Courtyard hotel. “We’re high on Cranberry. And we are blessed with a very rich labor pool to draw from - good old-fashion, hardworking Butler county people. So it’s been great for everybody.”
Twp  Home
Government Websites by CivicPlus®
SERVICES
PUBLIC SAFETY
PARKS & REC
GOLF COURSE
LIBRARY
BUSINESS
[]